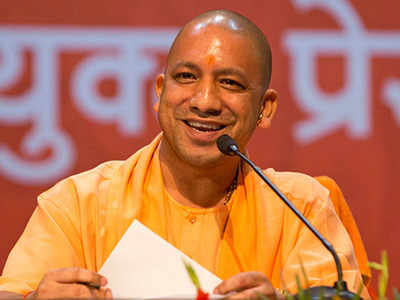 UP Assembly Election Results 2022: Yogi Adityanath comes back with a roar in UP, beats Akhilesh Yadav

UP Assembly Election Results 2022: Yogi Adityanath is all set to break the jinx by making the government in Utter Pradesh in two consecutive terms.

The ruling Bhartiya Janta Party is heading for a second win in the politically crucial state, Uttar Pradesh. It is the first time in the last 37 years (since 1985) that an already ruling party is coming back to govern UP.

Yogi Adityanath made his lead with over 50,000 votes against his rival from Gorakhpur urban constituency. Deputy CM Keshav Prasad Maurya is chasing in Sirathu.

Yogi Adityanath gained 80,510 and his rival Subhawati Shukla, candidate of Samajwadi Party gained 28,536, according to the reports by the Election Commission website.

BJP candidate Pankaj Singh is leading in noise, in Gautam Buddha Nagar district of UP with 60,000 votes.

UP Assembly Election Results in 2022: Yogi Adityanath will give winning speech around 5pm

Since Yogi Adityanath has won from Gorakhpur with 1lakh votes is expected to give his winning speech at the BJP office around 5 pm today.

CM Yogi Adityanath is about to leave for Delhi late evening or early Friday morning to meet PM Narendra Modi.

Yogi Adityanath has earlier expressed confidence in winning about 300 seats in UP. Even though the opposition had focused on farmer’s protest and jat anger in the western belt to show BJP government weakness,/BJP still managed to make government in the state defeating the opposition.

BJP MP Hema Malini told while talking to the media,” We already knew that we will make our government..nothing can come in front of the bulldozer, as it can finish anything within a minute, be it cycle or anything else.”

After facing the setback in the assembly elections 2022, Congress leader Rahul Gandhi said “he humbly accepts people’s verdict” and added,” his party will learn from this.”

He tweeted” Humbly accepting the people’s verdict. Best wishes to those who have won the mandate. Gratitude to all the Congress workers and volunteers for their hard work and dedication. We will learn from our defeat.”