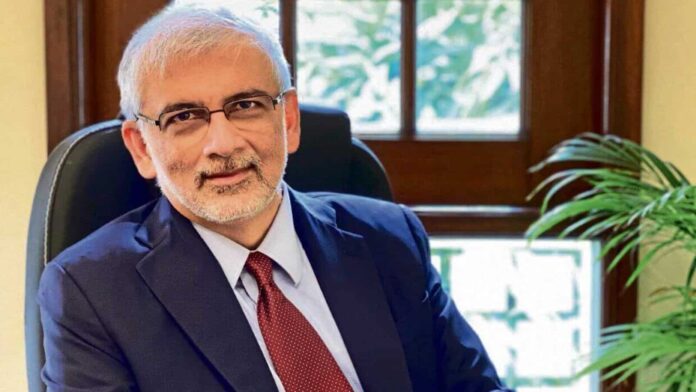 New Delhi: Sanjiv Kapoor is appointed as the new CEO of Jet Airways 2.0. Previously, he held the senior management position at Spicejet and Vistara. Presently, the President of Oberoi Hotels and Resorts, Sanjiv will join the post from April 4, 2022.

Sanjiv, after the announcement of the CEO appointment, said,” I am looking forward to getting back to aviation, an industry I am passionate about, with Jet Airways, one of the warmest, classiest, and most loved brands to have graced Indian aviation. Even though Jet Airways has been out of operation for the last 3years, it still has the largest fan base of loyal customers, who miss it every day and who can not wait for it to take the skies again.”

He added,” Working together with a very strong team of experienced flying professionals that is being put together by Jalan-Kulrock consortium, I look forward to taking the charge in rebuilding Jet Airways into the most preferred customer-oriented airline once again, a people-focused airline for the digital age.”

Who is Sanjiv Kapoor

Kapoor is a Warton MBA who started his airline career with Northwest Airline (now joined with Delta) in the US in 1997, where he worked in finance and corporate planning team.

In 2004, Sanjiv joined Bain and Company( in Singapore and thereafter the Dallas and London) as a leader in their airline practice. Before joining the Oberoi group last year, Sanjiv was chief strategy and commercial officer at Vistara and COO of Spicejet.

During his tenure at Vistara, a TATA-Singapore joint venture grew from 9 aircraft and 40 flights a day to 38 aircraft and over 200 flights a day. All of Vistara’s revenue-generating and customer-facing functions, as well as network planning, loyalty, insight service, ground service, and product development, all reported up to Sanjiv.

See also  Russia and Ukraine war: economy of the countries at the time of conflicts

Murari Lal Jalan, a leading partner of the Jalan-Kalrock consortium and proposed non-executive chairman of Jet Airways said,” I am happy to have Sanjiv in our team. I am confident that he will be able to lead Jet Airways and will make it the most preferred full-service carrier in India. Sanjiv is a seasoned aviation professional.”

Jalan also said,” I always believe in investing in human capital, and by having Sanjiv in our team as CEO and Vipula as CFO, I am certain Jet Airways will regain its lost glory and surpass everyone’s expectations.”