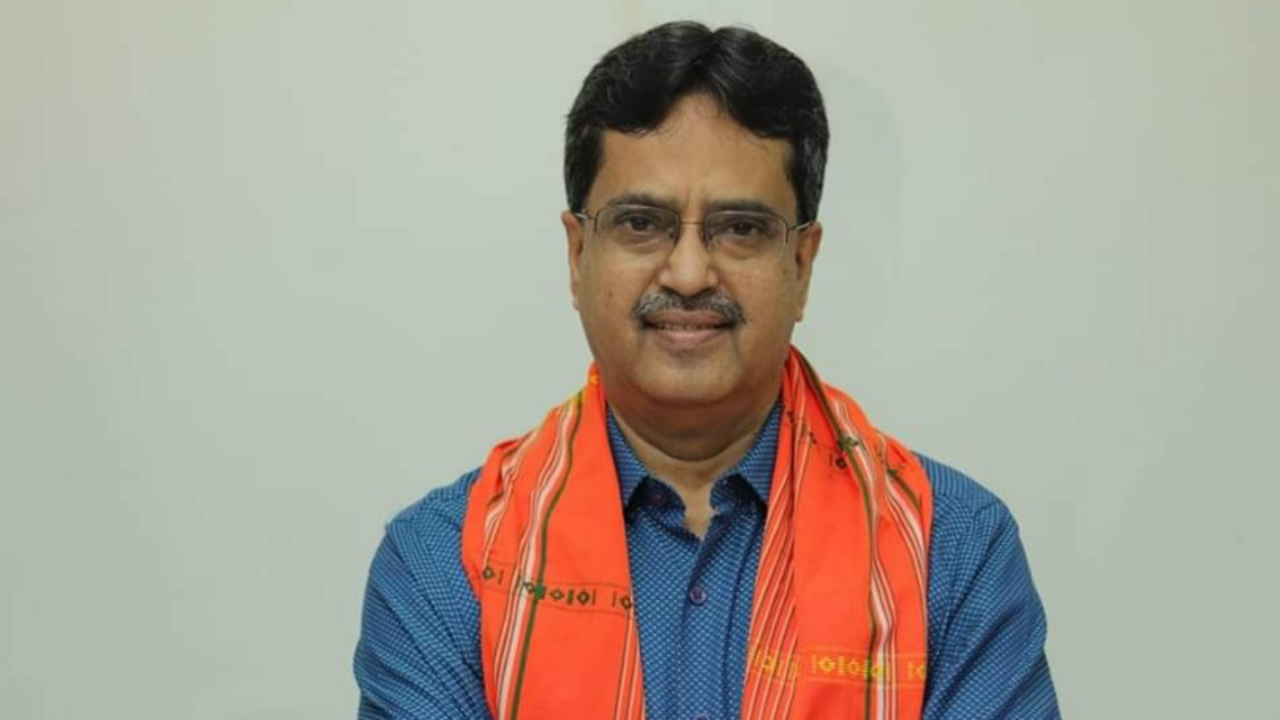 Tripura: Tripura BJP chief Dr. Manik Saha took oath as the Chief Minister of the state today, May 15. The swearing-in ceremony took place in Rajbhawan at Agartala, at 11:30 am.

The development came into place a day after Biplap Kumar Deb resigned from his post.

Who is Manik Saha?

Manik Saha, a 69 year olds, is a member of the Rajya Sabha from Tripura and the state’s Bharatiya Janata Party (BJP) unit president. His profession is that of a dentist.

After leaving the Congress in 2016, Saha joined the BJP. He was elected to the Rajya Sabha in March this year after becoming the saffron party’s state unit president in 2020.

Following Saha’s appointment as chief minister, the BJP reformed its Tripura committee on Saturday with some new faces. The committee will now consist of seven vice presidents, three general secretaries, six secretaries, and seven spokespersons, according to reports.

Biplab Deb resigned from his position amid fast-moving political events in the state, which will hold elections early next year.

He stated he had given his all to the people of the state after submitting his resignation to State Governor Satyadeo Narain Arya.

“Party is above all. I am a loyal worker of the BJP and I hope I have done justice to the responsibilities that were given to me -whether it was BJP state president or Tripura Chief Minister. I have worked for the overall development of Tripura, and to ensure peace for the people of the state,” Mr. Deb told reporters.

See also  Amit Shah's BIG statement: 'India now retaliates like the US and Israel if its borders meddled with.'

“To strengthen the base of BJP in the state, I need to work on the grassroots level in various sectors. I should work as a common Karyakarta (party worker) rather than being in the position of Chief Minister to form BJP government again in the coming Assembly elections,” he said.

Mr. Deb sworn in as the first Chief Minister of the Bharatiya Janata Party in Tripura in 2018, ending the Communist Party of India’s 25-year dominance in the state.

Who attended the swearing-in ceremony?

Mr. Saha, a Rajya Sabha MP, was sworn in at the Raj Bhavan in Agartala by Governor S.N. Arya.

Former Chief Minister Biplab Deb whose unexpected resignation from the CM post on Saturday evening got Dr. Saha on this high post, was present at the ceremony, as were BJP MLAs and State ministers.

Pratima Bhowmick, a Union Minister, was also present at the swearing-in ceremony.

The opposition CPI(M) MLAs boycotted the event, claiming that the BJP’s administration has resulted in “fascist-style violence” in the state.

How the decision to make Mr. Saha, the CM of Tripura made by BJP?

All did not go as planned, however, as dramatic scenes reported from the state BJP headquarters.

Minister Ram Prasad Paul spoke out against the measure, sparking a heated debate among MLAs. Before the problem resolved, Mr Paul also smashed a couple chairs. A video has surfaced of him yelling and slamming a chair on the ground. He may be heard constantly screaming, “Main mar jaunga (I shall die).”