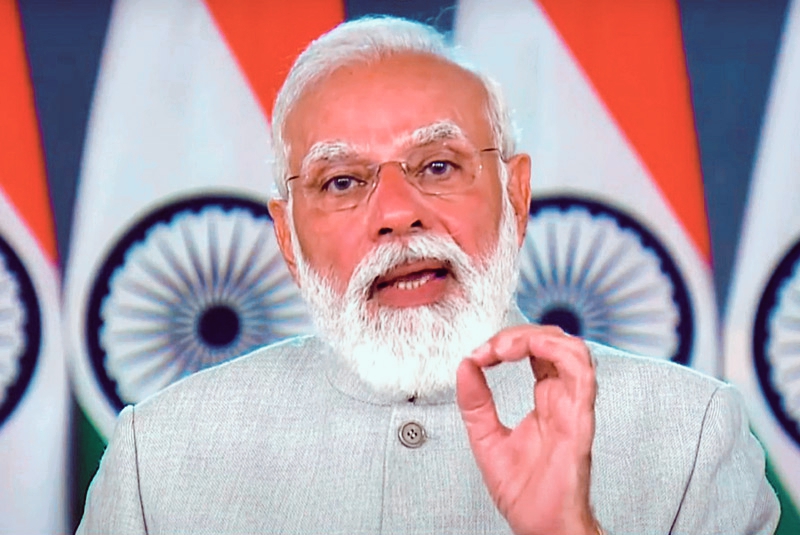 25 years of TRAI celebration: While addressing an event on the 25th-anniversary celebration of the Telecom Regularity Authority of India (TRAI), Prime Minister Narendra Modi threw weight behind the 5G technology as it will bring a constructive transition in the way the country is governed.

Prime Minister Narendra Modi said on Tuesday that India has instilled fresh energy into its telecom sector through the 5Rs in the eight years his administration has been in office, praising TRAI for its valuable part in this.

Prime Minister Narendra Modi said, “Through Reach, Reform, Regulate, Respond and Revolutionise, (5Rs) we have infused a new energy in our country’s telecom sector. TRAI has played a significant role in this achievement,” while addressing virtually at a ceremony to mark the silver jubilee the regulatory body.

Prime Minister Modi thoroughly expressed his support for the 5G technology which according to him will bring constructive effect on the way of governance of the nation.

“It will also bring a positive change in ease of business, ease of living. All sectors, including agriculture, health, education, infrastructure, and logistics. This technology will make things easy, and also generate employment opportunities,” Mr. Prime Minister quoted.

He further added, “In the 21st century, connectivity will also determine the pace at which India progresses. It is, therefore, essential to modernize connectivity at all levels.”

Mr Modi said the nation has progressed transparently to 4G and now 5G, describing the 2G era as a symbol of policy stagnation and corruption. He claimed that because the task force has begun working on it, the government should be able to deploy 6G service by the end of this decade.

See also  Infinix Zero 5G may be launched in February: Know the price and specification

According to the Prime Minister, the government has promoted healthy competition, resulting in India having the lowest telecom data costs.

He also stated that the country’s tele-density and internet users are rapidly increasing.

PM Modi, who also unveiled a commemorative postal stamp to honor the anniversary, stated that to ensure that mobile phones are available to impoverished families, his government is focusing on domestic production.

“As a result, we now have more than 200 mobile manufacturing units, up from only two earlier”, he also emphasized.

On the occasion of the Silver Jubilee of TRAI, Mr. Modi inaugurated a 5G Test Bed, calling it a significant step toward India’s self-reliance in the telecom sector.

5G technology, according to the Prime Minister, is a big opportunity for businesses to grow and test their products. According to him, 5G telecom is expected to bring 450 billion dollars to the Indian economy over the next decade and a half.

SpaceX to launch four astronauts into space on Wednesday, bring back Raja Chari next